To everything there is a season and right now it's apple season!  I try my best to eat seasonally as much as possible when various fruits and vegetables are at their peak.  Here in southern California it might be hard to notice the seasonal changes by looking outside but you can always tell the seasons by a trip to your local market. And right now the markets are full of  bright, colorful squash and gourds and lots and lots of apples.  And my favorite of all are the honey crisp apples which are not only delicious for snacking but also perfect for seasonal treats such as apple sauce or apple butter. 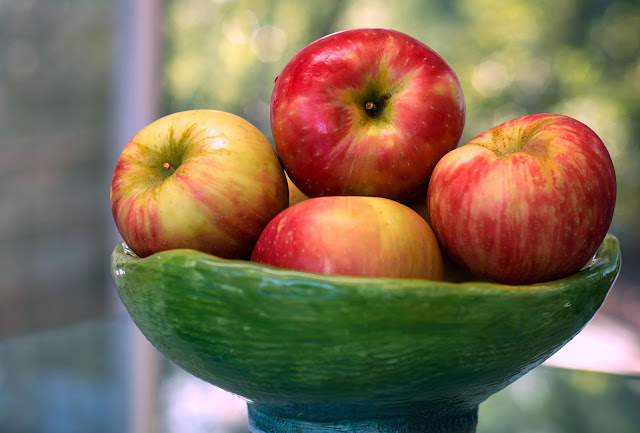 I first tasted apple butter when I visited Amish Acres in Nappanee, Indiana which gives visitors a glimpse into a unique way of life and what was once a three generation working farm adhering to the principles of life before modern conveniences, which is an integral part of their traditional christian beliefs. And that taste of apple butter encapsulates for me a simpler time when life was sweet enough just by savoring the goodness of what the land produced.  I hope this recipe gives you a taste of that sweetness and captures your imagination and appreciation for a way of life that once flourished in our land. 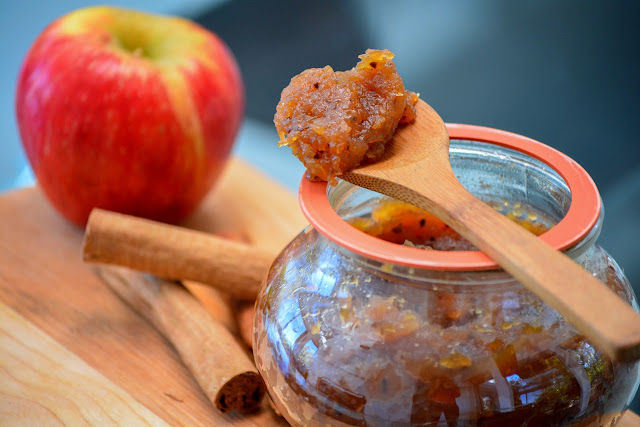 2.  Remove from heat and stir in white vinegar (or lemon juice), cinnamon, vanilla and cloves.  Blend using an immersion blender until smooth.

3.  Place mixture in oven and bake uncovered for approximately 2.5 to 3 hours (stirring every 30 minutes) or until mixture thickens and is a deep amber color.

4.  Remove from oven and let cool complete.  Place in airtight container and refrigerate for 5 days. 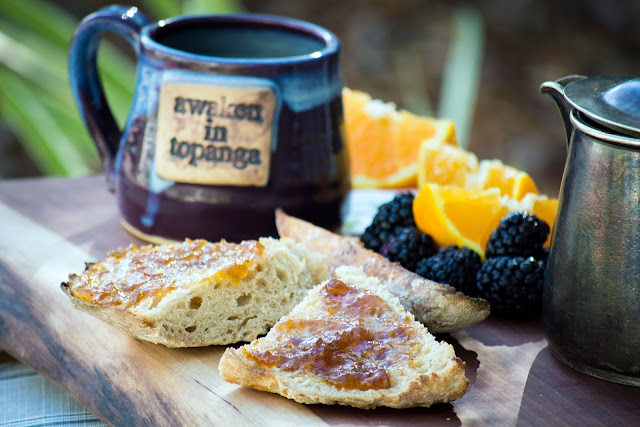 Enjoy apple butter spread on your morning toast as I do (over my homemade sourdough bread); swirled into your oatmeal with cinnamon and chopped walnuts; or as a topping on vanilla ice cream!

Until next time be well, love well, and savor the flavors that the fall harvest celebrates.
Posted by Claudia Bugh at 8:21 PM

Napanee, Indiana - that brings back memories! :-)

Our apples in the front yard have been falling for weeks, the deer are out there every morning at 4:30am, crunching away! They're loving it. I guess maybe I should try to make some apple butter instead of letting the critters have everything!

I love honeycrisps! Apple season is basically over here in VA though, so we have to rely on "imports" again.