A Girl's Best Friend.... a Cozy Shawl and Something Chocolate

I am wearing A Girl's Best Friend Shawl which I finished in time to enjoy this Winter. Hurrah!  And boy have we had a winter this year in Southern California.  Complete with rain, mudslides, and freezing temperatures.  I'm starting to wonder why I ever wanted a change from our perpetually sunny skies in the first place.  Isn't there a song about it's never raining in Southern California?  Ah yes, It never Rains In California by Albert Hammond.  That's clearly wrong.  These days I'm humming along to Keith Urban's Long Hot Summer (filmed incidentally on a local Malibu beach) as I wistfully recall endless summer days at the beach, and my lost youth. 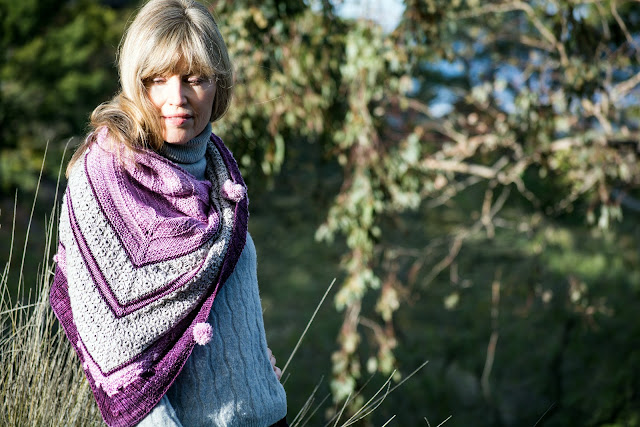 I've been thinking about music as we watched Bohemian's Rhapsody last night.  I highly recommend the movie.  It's a poignant story of the life of Freddy Mercury who was the lead singer of Queen (rock and roll band in the 70's).  It's worth watching particularly if you remember the band.  I grew up in the 1970s and I think that era had the best music.  There are a few artists that I enjoy today but give me the seventies rock and roll any day.  That's probably what every generation thinks - that their music was the best.  In any event Bohemian Rhapsody has been nominated for a number of Oscar awards, including best film and best actor.  Tune in February 24th to see who wins! 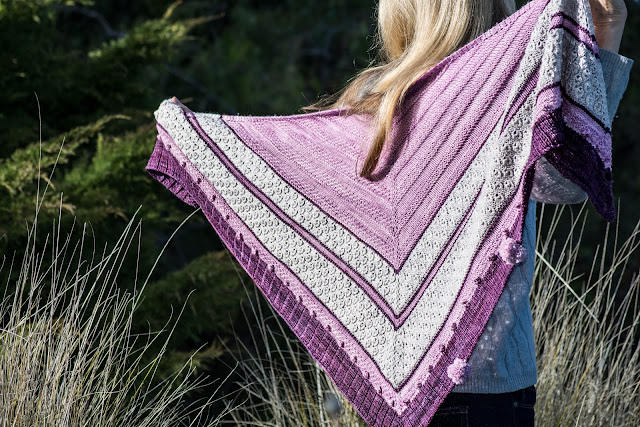 But back to my shawl which I really love.  It's called "A Girl's Best Friend" presumably because it's  easy to hang out with, makes you feel better about yourself, and isn't demanding to knit.  I used three different types of yarn which came together beautifully.  I took me a long time to find the right combination but once I did I knew it was right. And the best part is that one of the skeins came from a dear online friend Andi, My Sister's Knitter.  She had a give-away on her blog and I won the beautiful dark magenta yarn that finished off this shawl beautifully.  It can be tricky finding a good mix of colors for a shawl.  But using totals and neutrals is always a safe bet which is what I used here.  And, of course, having a good friend's input is sometimes just what you need. Thank you Andi! 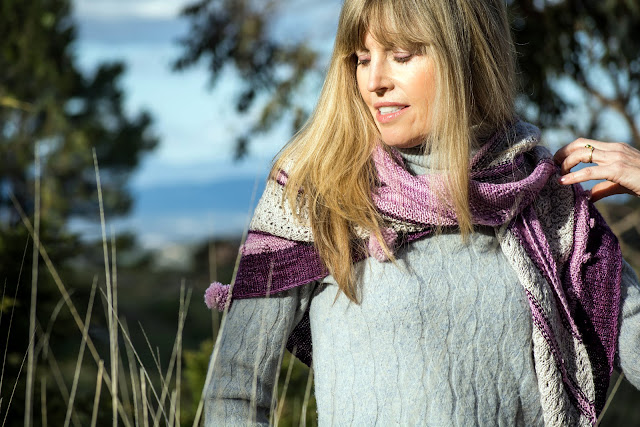 I also have to quickly mention the fun pom poms on this shawl.  They are such a cute addition! They are also super easy to make.  All you need is a fork and you can make mini pom poms to your heart's content.  Here's a link to a Youtube tutorial.  I don't see why you couldn't add pom poms to any shawl for a little extra pizzazz.  Or make a fun garland of these to hang on your Christmas tree next year!  Note to self: that's a good idea. 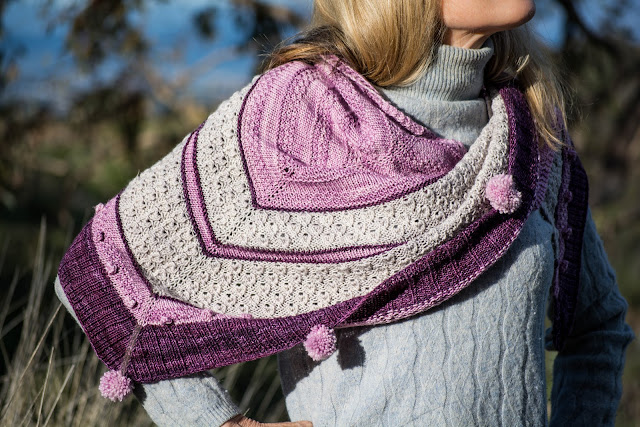 And just so you know that I'm not completely stuck in a time warp and do enjoy some contemporary music here's a link list of some of my favorite Youtube Videos ( (warning: very eclectic list):

I could go on and on.  I was young still when MTV launched and still love music videos, especially videos shot on locations I'm familiar with. 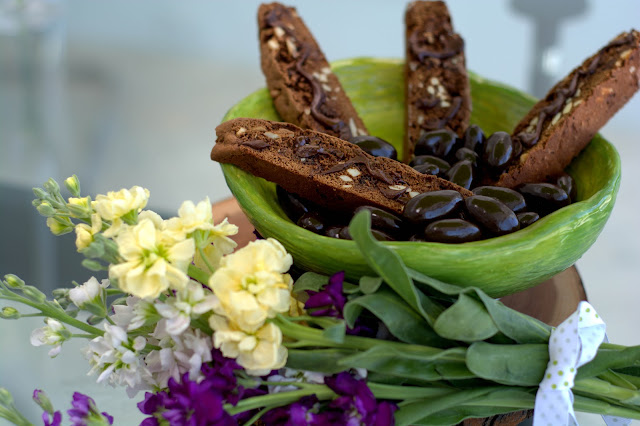 Speaking of a girl's best friend I would be remiss if I didn't mention something about chocolate. Chocolate makes me weak in the knees and eating it makes me happy.  But I don't allow myself to buy a box of chocolates very often because I simply can not control myself.  Especially if it's Sees Candy which are my favorites. On the other hand baking with chocolate renders a fine result and I'm not as greedy and as compulsive about gobbling down every morsel in the vicinity.  Probably because it doesn't have as high a sugar content and doesn't spike a craving fit.  So, for me, it's safer and more prudent to skip the candy and bake something instead.   Like Chocolate Almond Biscotti.  This recipe is a winner from Pastry Affair and I hope you enjoy it as much as I do.

If you like biscotti I also recommend trying Pistachio and Currant Biscotti (recipe link in the Finishing Touches post).  I've made these many times over the years and it never disappoints.  There's a batch cooling in my kitchen as I write this as a matter of fact. 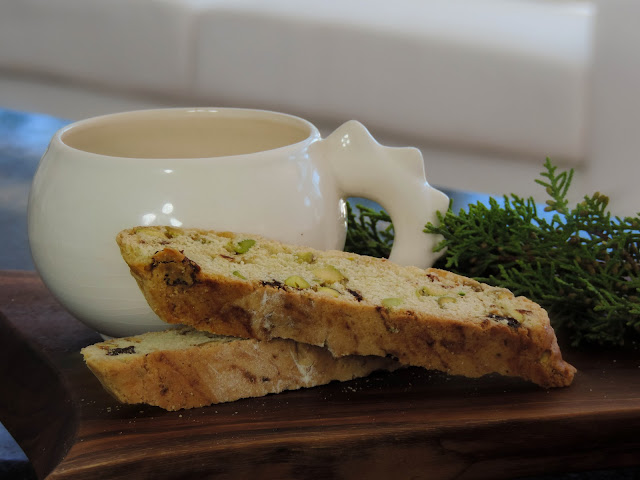 Until next time be well, love well and remember that when you go through difficult times it's more important than ever to spend time with good friends and enjoy simple pleasures.  Sometimes all I need is a good cup of coffee and biscotti to feel better.
Posted by Claudia Bugh at 1:11 PM 2 comments: