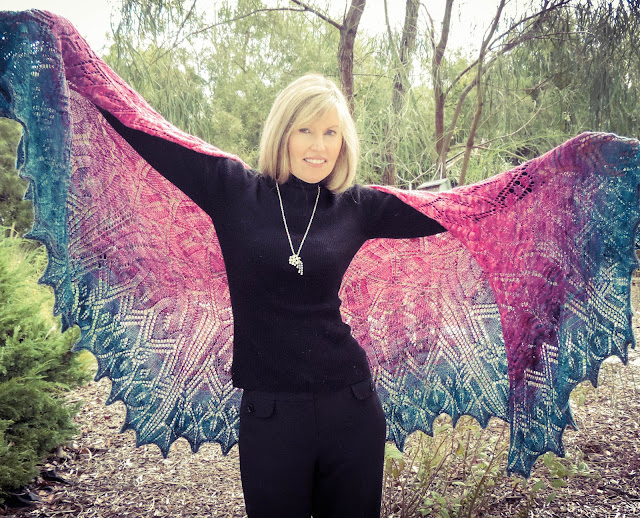 I am delighted with my Victorian Christmas Shawl that I began on Halloween and have been knitting madly away on ever since.  This project was a mystery knit along hosted by the Yarn Fairy who has a number of mystery knit alongs running all year round.  I am very pleased to say that my finished shawl not only met it exceeded my expectations and considering this was a 1,800 yard blind leap of knitting that makes me very merry indeed. 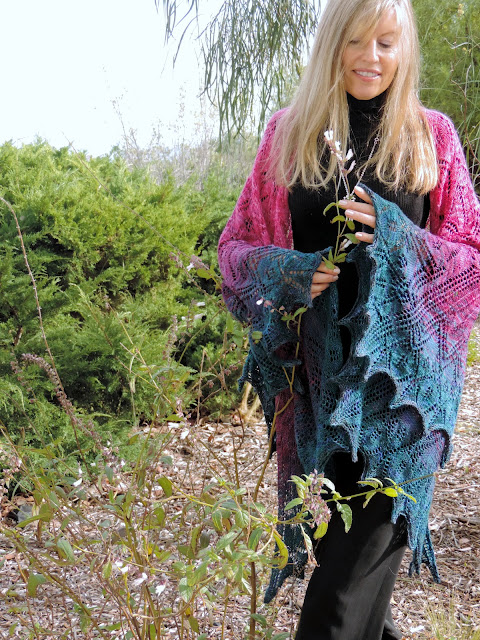 Clearly this is not a shawl that I am going to wear out to the grocery store to buy a carton of milk. Nor is it intended to be. The design was inspired by the Victorian era when family gatherings and the holidays meant getting dressed in your finest clothes and accessories often trimmed in crushed velvet and other luxury fibers.  I think that the casual dress style of the 21st century takes away from the festive nature of these occasions and is the poorer for it.  What is gained by the convenience of a casual attitude toward clothing is lost by the ensuing mediocrity of monotony and sameness.  And I am not in favor of mediocrity! 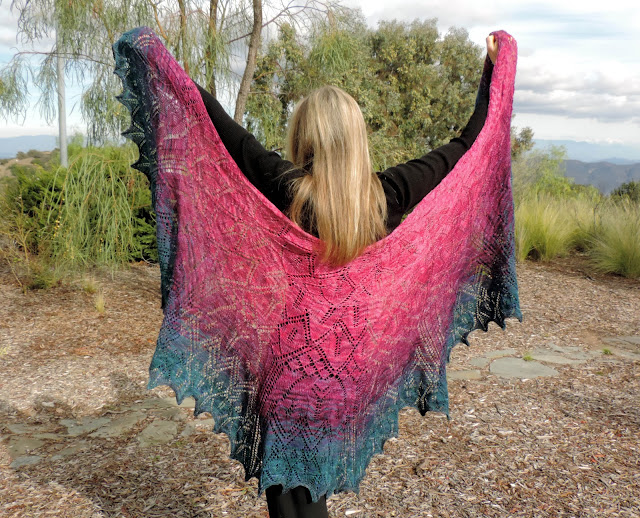 Not everyone will agree with me that casual dress makes the holiday season less special and that begs the question what makes the holidays special for you?  And it is obviously more than getting dressed up for me.  It is the time spent with family and I am looking forward to going to my parent's home which is always decorated beautifully and my mom has wonderful treats that are once a year luxuries like boxes of special chocolates and nuts.  I am in charge of baking an English Christmas Cake full of brandy and fruit and and covered in marzipan (recipe link) and my mother always make a trifle (recipe link) and we finish the evening with a flaming Christmas pudding.  But the best part for me is attending a candlelight evening service on Christmas eve with a beautiful message and singing traditional Christmas hymns and then driving around our neighborhood looking at all the holidays lights.  At the holidays I also love the seasonably colder weather and early dark evenings that are perfect for wrapping up in a shawl and losing one's self in a novel in front of a fire.  And those are just a few of the things that make the holidays special for me. 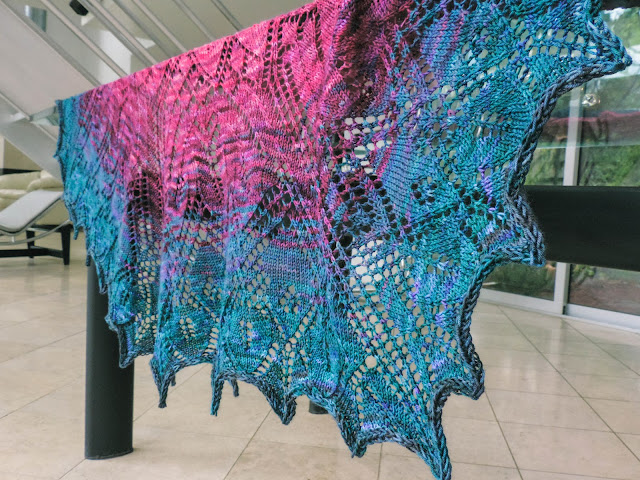 Particulars:  Dickens Victorian Christmas Shawl; designed by Wendy McDonnell (Yarn Fairy KALs); US 4 needles; 8 skeins yarn fairy pixie sock medium (hand dyed for this project) 1,800 yards.   This is a crescent shaped shawl and very voluminous.  I chose not to block it aggressively my final blocked measurements are 31" deep (as opposed to 38" deep) and the wingspan is from the neck down 46" on both sides.  I recommend that you look at some of the other finished shawls on Ravelry and you will see that this shawl looks absolutely stunning blocked to longer dimensions, however, for myself I find a shorter shawl more wearable. 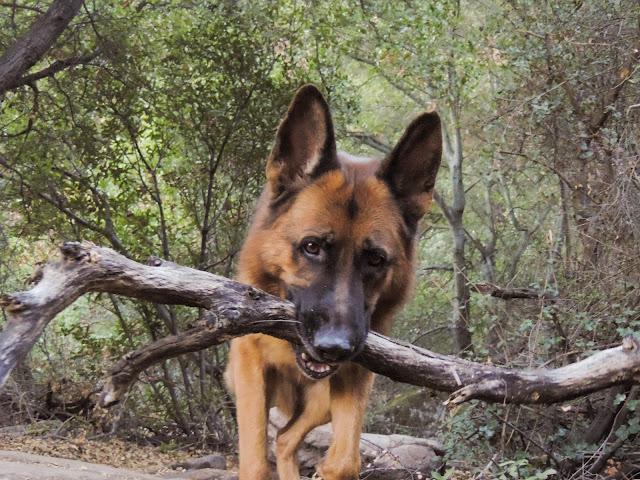 Simcha hasn't been featured too much lately on the blog but have no fear he's doing great and I thought I would share a quick anecdote.  As you know he loves carrying sticks and the bigger the better and looking at this picture reminds me of something that happened about a week ago. Simcha had fallen behind on our hike and looking back he was nowhere in sight so I quickly darted off the trail and hid from him in the trees (something I haven't done in about a year).  It wasn't long before he came trotting along with a big stick in his jaws as he proudly strutted down the pathway never pausing for a second as he passed by where I was hidden watching him. It took about a minute before I heard a loud kathunk sound in the distance as his stick hit the ground.  I had to suppress a giggle because when he dropped his stick I knew that he had just realized that he had lost track of me.  It wasn't long then before he came running back down the trail with his nose to the ground and then I watched as he stopped and hovered over where I had left the trail and after circling for a moment he followed his nose into the woods where I had hidden and "discovered" me in a joyous reunion. I got a kick out of watching him track me this way because as a pup he would search with his eyes and his nose in the air which is not nearly as reliable as following a scent on the ground and, on occasion, I would  have to come out of hiding and help him find me.  It's sad but true I'm a sneaky mommy who likes to hide.  But it has taught him to be a pretty good tracker! 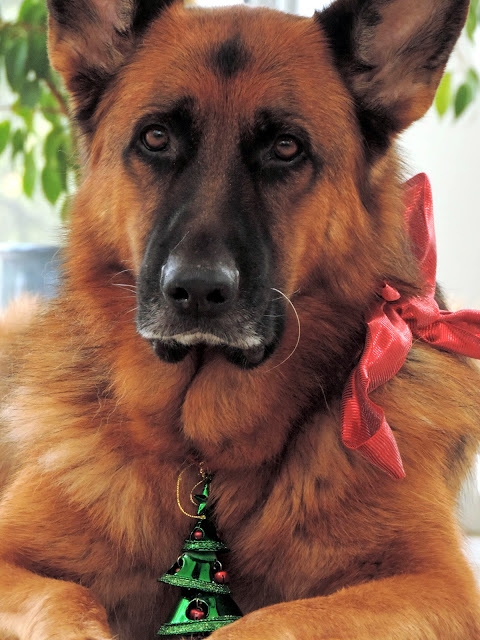 Until next time be well and love well and Steve, Simcha and I want to wish everyone a very merry Christmas and a happy New Year!