Autumn Vines ~ In the Clouds

We are having a spectacular Fall in Southern California with glorious cloud formations billowing high in the sky whilst fog seeps up from the valleys and ocean below.  This morning I am happy to be out with Simcha and Steve enjoying the scenery while wearing my new Autumn Vines Beret.  With the arrival of Simcha into our lives we go for a hike every morning because, if I've failed to mention it, Simcha is a "high energy" dog and we all have a more relaxing day if it begins with a hike. 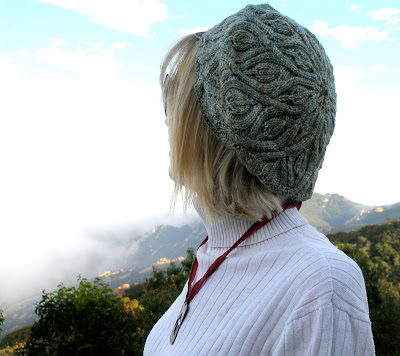 The amazing thing is that the whole of Topanga is literally pickled with hiking trails that we never knew were there.  We've both driven these roads for years and never spotted them. But now whenever I see a car parked along the road I'll pull over and investigate and I have found numerous hidden trails that way.  I have Simcha to thank as it's only to provide amusement and diversion for him that I've been pushed to explore our neighborhood. 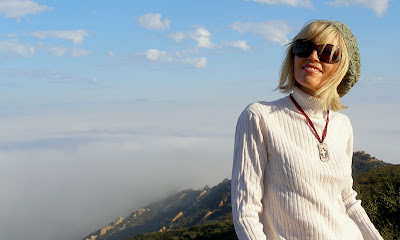 One of the fun things about hiking is that you come across many natural treasures such as the bird's nest pictured below.  Whether it's a walk in your neighborhood or a hike in the mountains, if you take the time to look there are countless treasures just waiting to be found. 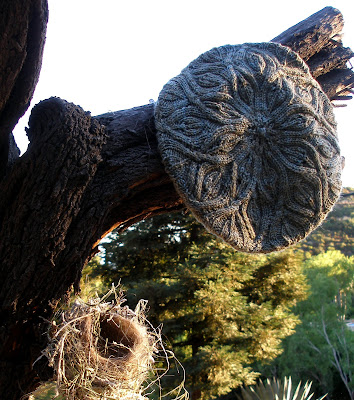 Autumn Vines Beret, pattern by Alana Dakos, who blogs as Never Not Knitting; US 4 needles; Pashmina Yarn by Madelinetosh (Cove colorway).  This was a fun pattern to knit and my only modification was to go down a needle size.  I have this hat thanks to Andrea who blogs as Life on Laffer (a test knitter for Alana Dakos) because its from seeing her many beautiful test knits and, but for that, I'm not sure this designer would have been on my radar.  Rav Link  This designer has also recently published Coastal Knits, A Collaboration between Friends on Opposite Shores, which I've ordered because I do, after all, live on the Coast.


The MisAdventures of Simcha

I know it's pink.  I paid extra for that. 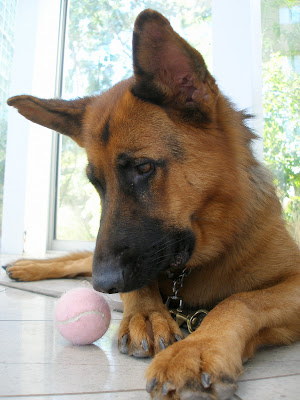 I think it is important to combat sexual stereotyping whenever possible.

Until next time, be well and love well and this Fall I hope you will take walks in your neighborhood ~ I know that you will be pleased by what you find!


I'm back! I'm back!  What?  No one noticed I was away?  Gee whiz.  I thought you might like to know that I've been through a bout of poison oak (severe), a late summer heatwave, out of town company, and work hassles, only one of which was enjoyable.  In any event, I'm happy to be back in my space waffling on about knitting as usual.  This time about my rock n little handspun mitts. 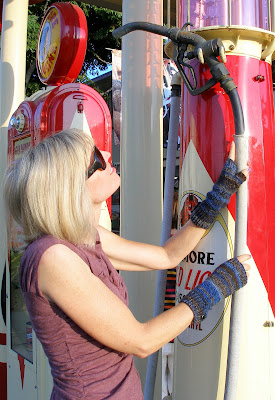 I'm a huge fan of handspun yarn, and although I don't have the time to spin I find it a treat to knit.  Especially so when it's spun by a special person whom you probably know as Smoking Hot Needles.  I love this project because it is a great example of how the internet connects knitters and fiber enthusiast all together.  The yarn was dyed by an indy dyer; it was spun by an indy spinner; the pattern is by an indy designer; and I'm the indy knitter/blogger who, as improbable as it seems, is wearing woolen mittens in sunny Southern California.  All thanks to the internet. 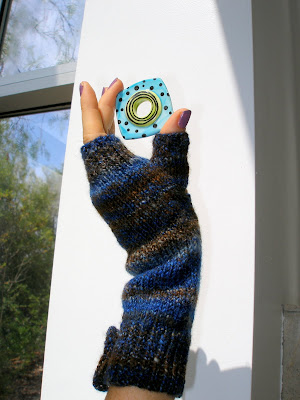 I knit these mitts to be shorter and more slouchy than I typically knit mittens because I wanted them to be causal and comfortable to pull on in the morning when I take Simcha out for his walk. And yet.  I still wanted them to have a classy look so I could wear them out for coffee or wherever.   That's where the genius of picking the right buttons comes in and upon whom my dear friend, Murielle of Murielle Knitwear I rely.  My first thought was to choose either wood or leather buttons but she immediately suggested something black and shiny, and that was the right call. 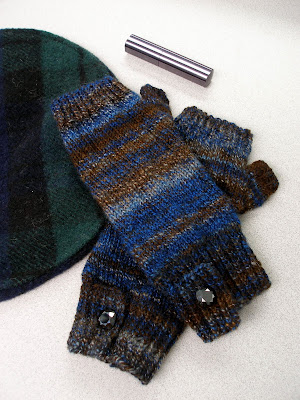 Particulars: Based on Albina Armwarmers pattern by Vera Brosgo (Verabee); handspun by Monika (blogs as Smoking Hot Needles); indy dyer Spinning Aewsome Good Fiber BFL colorway Awesome Boyfriend colorway; US 3 needles.  This is a great pattern and has a very helpful formula for using all weights of yarn as it's designed for handspun yarn and not any specific weight.  The designer also has written a similar free pattern called Easy Handspun Mittens.  I followed the cuff and placket as per the pattern but modified the thumb gusset to better suit my fit preferences and, in broad strokes, I made the increases every other row (instead of 2 rows plain between increases). Rav Linky. 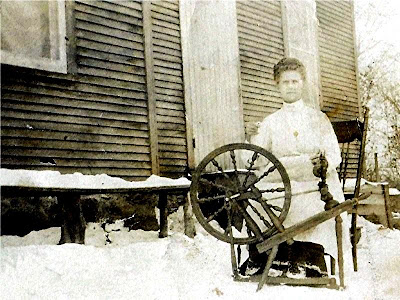 I read once that if you are the child of a knitter you are more likely to be a knitter yourself.  That happens to be true for me.  I also have a great grandmother (picture above) who was a spinner and my grandmother (picture below with my mother) was also a spinner.  My grandmother, Ruth, taught me to crochet as a child and I proceeded to hook an afghan at a speed that startled people.  But it didn't take and I've never crocheted since.  My mother many years later put needles in my hands and taught me how to knit.  But she did not teach me how to follow patterns as that was never a strength of hers, as I allude to in my post It's a Vintage Thing.  I guess it really is in the blood and maybe someday I'll spin too. 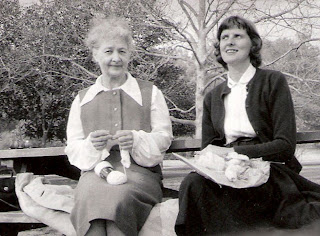 Until next time, be well and love well.  The heat has finally broken here and I hope everywhere so that we all can all enjoy an early Fall!
Posted by Mr Puffy's Knitting Blog: at 2:43 PM 27 comments: