Summer Socks ~ and Simcha and the Old West

It's almost May 1st, which is May Day (as opposed to "MAYDAY" which is a distress call) and it has me thinking about Spring flowers, Summer festivals and all things Summery and whimsical including my new summer Love Socks! 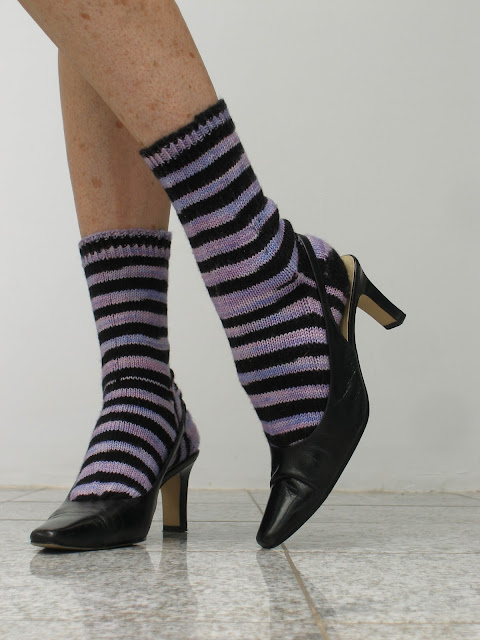 The above picture of my legs reminds me of a cute story involving my mom.  She was a teenager in England during WWII when there were many American servicemen stationed in her home town, a small fishing village called Teignmouth.   She, of course, enjoyed the attention that these men gave the local girls including the wolf whistles when they walked by.  One day while she was out walking she was feeling very pretty when a group of men began whistling at her.... until she heard one call out "I bet she can sing" quickly followed by "because she has legs like a canary."  They all hooted in laughter and my mother wished she could simply melt away instead of having to continue to walk past them mortified and ungainly from embarrassment.  To this day she will dissolve into laughter when she tells this story.  And yet since she married an American there apparently were no hard feelings.  So no unkind comments on my legs please! 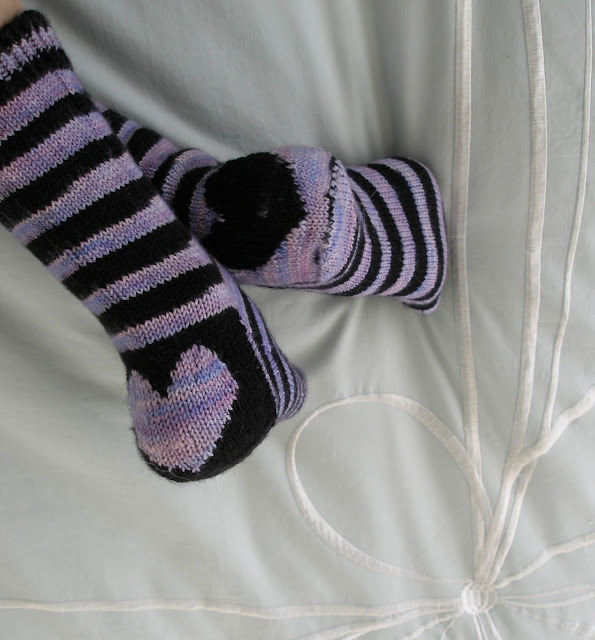 But I digress from knitting.  It occurs to me that it's been a while since I've shared a knitting tip on the blog so without further ado:

Mr. Puffy's Sock Knitting Tip:  When knitting socks from the cuff down you can create a stretchy "cast on" edge by casting on over two needles held together.  You simply remove the additional needle when you begin knitting and it helps create extra room to stretch over your heel.

Lastly a sweet noesgay inspired picture in honor of May Day! 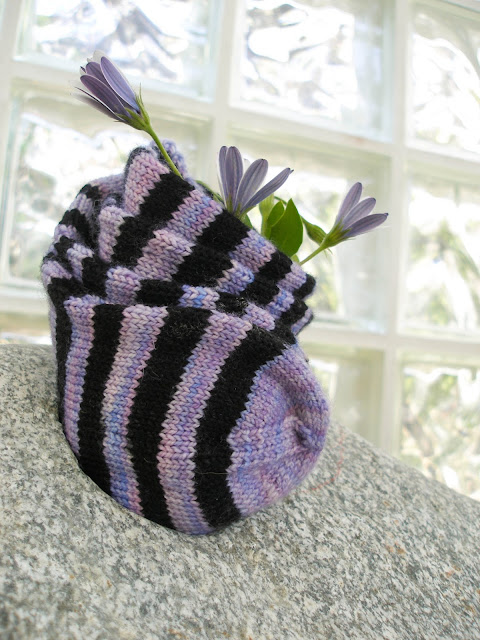 Particulars:  Love Socks by Devon Clement (free Ravelry download); 1 skein Canon Hand Dyed yarn (Charles Self Striping Sock Yarn - black unicorn colorway); US 1 DPNs.  This is a gem of a free pattern ~ fun to knit and an easy introduction to intarsia knitting which is much easier than you would think.  For more self striping socks see Halloween Socks and Ghosts and Ghouls.

Simcha and the Old West 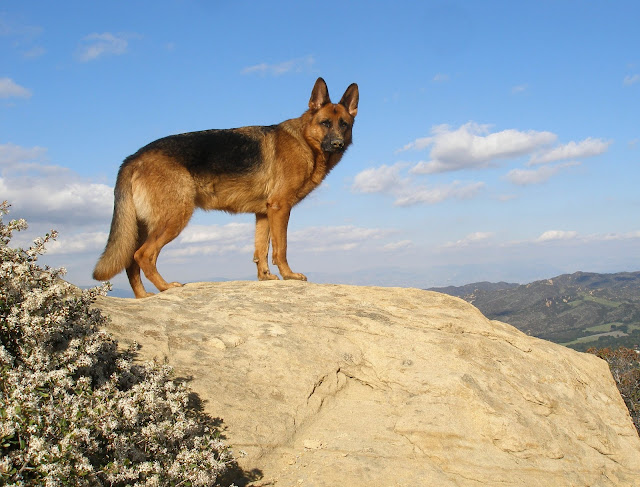 At times I can envision Simcha as a wolf standing guard over the vast territories of the American West.  I think it might be because at times his behavior can resemble that of a wild animal.  Which is why we have had to create some house rules.  House Rule No. 1:  Never turn your back on food when Simcha is loose.  House Rule No. 2:  If you are ever tempted to trust Simcha around food - refer to rule No. 1.  There have been some unfortunate incidents necessitating strict rules.

Until next time, be well and love well and make sure to discover what fun Spring festivals take place in your area and whatever you do don't forget to buy some flowers to celebrate May Day!
Posted by Mr Puffy's Knitting Blog: at 7:02 PM 14 comments: